Pniel born and raised singer-songwriter, Brendt Wayne De Wet, is a well-established local figure. He recently released his new Afrikaans single, ‘NUWE SEISOEN’, and promoted it at a show at Greengate Eatery in De Wet Centre, Stellenbosch on 31 October.

De Wet’s love for music started at a very young age as a DJ. After he matriculated in 2002, he moved to London, in the UK, and bought his first guitar. “The UK is where I started writing while also doing some DJ gigs,” says De Wet.

Between 2010 and 2016, De Wet focused more on his song writing, music, and personal development. This time saw his career skyrocket with De Wet becoming a finalist for Mr. South Africa while running an active anti-bullying campaign. He comments, “Mr. South Africa was a great experience. It opened a lot of doors for me as an actor, presenter, musician, and entrepreneur.” He also started his own wine label, Brendt Wines. He performed on multiple TV shows, such as Top Billing and Expresso on SABC 3. His single, ‘Never Give Up’ reached Radio KC’s Top 30 chart and was play-listed on Heart FM.

De Wet writes all of his own music. He describes his sound as “a bit of everything. Fusion, as they call it. I have a very Spanish sound to my music,” he says. He says he also loves his DJ’ing because it gives him a competitive advantage of what listeners want to hear.

During the nationwide lockdown, De Wet was working on a book, which he plans to launch soon. “I had a very spiritual journey during the lockdown. It taught me a lot about life and grounding,” he says. His new single, ‘NUWE SEISOEN’ saw its debut at his performance at Greengate Eatery on 31 October. De Wet says, “It’s an Afrikaans song, about facing a tough time and getting through it.” The show was a great success, with tickets being sold out.

De Wet started work at the end of 2019 as a presenter at local radio station, MFM 92.6. He says he loves working at MFM 92.6 and that it is starting to open more doors for him. “I am doing news, sports, and also interviews with people from the Stellenbosch community,” he says.

In the near future, he is planning to continue to do music, presenting, while focusing on his business, sales, retail, and acting career. “Entrepreneurship is key for me at this point,” says De Wet. 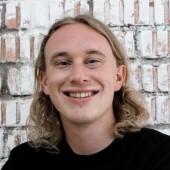 The Link between Education and Entrepreneurship